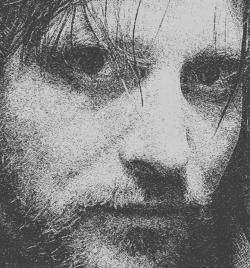 Tihomir Velichkov was born in Pleven, Bulgaria, February 17, 1967. In 1981 he entered The High School of Fine Arts in Bulgarian mountain town Tryavna and graduated in 1986. In 1991 he entered The National Academy of Arts in Sofia in the class of Professor Anton Donchev. In 1996 he graduated Academy with Master's degree of Arts. From 1996 to 1997 he worked with granite and marble in the studio of designer Neicho Harizanov. Ever since he started to work as free-lance artist mostly in the field of interior design, house decoration and artistic furniture design, both in one-man appearance and team-works. In his team-works he collaborated with artists Nikolai Savov, Teodor Dukov, space designer Krasimira Vasileva, atelier for altogether interior furnishing Atelie Botev etc. As free-lance artist he made both art works, which had been sold in showrooms and galleries , and custom-made works, which he designed for specific presence in the interior decisions. In 2001 he was admitted as a member of Union of Bulgarian Artists. In 2007 he took part in the team of Antoniy Petkov, which restored the pulpit of Karlskirche Church in Vienna. His art works, sculptures and furniture are possession of private collections in Bulgaria, Europe and United States.

I believe that art in all its forms possess the power to provoke and engender agitation, joy and enthusiasm in soul and senses both of people who are opened to it and those whose organs of sense are seemingly not prepared to perceive its manifestations. Therefore, the responsibility of people who take part in creation of art is twice as big and their labor is twice as necessary and essential. That is why I consider that being an artist, composer, musician, poet, director and architect is rather a vocation and privilege than a profession and career.